Aphallia or penile agenesis is a congenital malformation. This is extremely rare anomaly of urogenital system posing serious medical and psychological problems. Its estimated prevalence is 1 out of 10-30 million births. We hereby present a case of aphalia in a child of 09 years old, who was brought to emergency department with uraemia and urosepsis. Bilateral Percutaneus Nehrostomies (PCN) was performed for marked pyonephrosis. Appendico-vesicostomy (metroffnof) and closure of vesicorectal communication was planned as definitive procedure. Parents of the child refused further surgical procedures and left hospital with no follow up.

Aphallia or complete penile agenesis is an extremely rare congenital anomaly with serious medical and psychological issues [1]. Its prevalence is one per 10- 30 million births. Since it was originally described by Imminger in 1853, approximately 100 cases have been described worldwide [2]. Absence or failure in the development of genital tubercle is the main etilogy. Aphallia can be classified in two major groups. First one is the solitary malformation of aphallia. Second one is the complex form which is often incompatible with life because of accompanying congenital anomalies. This syndrome is mesodermal disorder reported with several anomalies including anal stenosis or closed anus, renal dysplasia, lung agenesis, phallus tetralogy, multi spinal disorders like sacrum agenesis, rib segmental and CNS disorders. Kidney agenesis or cystic kidney, horseshoe kidney, vesico-ureteric reflux, prostate agenesis, skeletal and neural disorders, annular pancreas, clubfoot or cardiac abnormalities are usually associated with it [3,4].

As the digestive system and urinary tract caudal embryonic origin are of cloaca segment, vesico rectal or urethro-rectal fistula is seen in these patients. Due to suffering from several disorders, many patients die in a few days after birth. The majority of such patients have 46XY Karyotype. Because of absence of phallus despite male genotype, many of these people suffer from various psychological ailments. Very few cases of patients having aphallia with this age has been reported in the literature. We hereby report an exceptionally rare case of Aphallia along with a review of literature. An informed consent was obtained from parents of this child for case reporting. On ultrasonography of abdomen and pelvis, severe bilateral hydronephrosis was detected containing infected urine. His RFTs were deranged and CBC showed increased WBCs. No other cardiac and neurological congenital abnormality was found on his detailed clinical examination and investigations. Bilateral PCN was performed under local anesthesia. Infected urine came out which was sent for culture and sensitivity. Broad spectrum antibiotics were started. Patients improved clinically in 3-4 days with normalization of WBC and RFTs.

Antegrade pyelography was performed which showed dilated ureters entering into the bladder and urine leaking into rectum (Fig 2). MRI was performed to assess bladder capacity, its communication with rectum and associated any other congenital anomalies (Fig 3).Counselling of parents for definitive procedures like Appendico-vesicostomy (metroffnof)/permanent vesicostomy and closure of vesicorectal communication was discussed. However Parents of the child refused further surgical procedures and left hospital with no follow up. Aphallia or agenesis of phallus is a very congenital disorder. Fewer than 100 cases have been reported worldwide [1-5].This anomaly occurs within 4 weeks of embryonic development. Absent genital tubercle or its developmental impairment is the main etiology. Aphallia has been reported among diabetic mothers. But urogenital system abnormalities are more prevalent among controlled diabetic mothers. In the majority of patients suffering Aphallia, renal agenesis and urinary tract bring about fatal oligohydraminos and subsequently, pulmonary hyperplasia. There may be associated other congenital abnormalities. Due to these reasons there there are higher chances of intrauterine death of child. Even if child is born, he usually dies in early infancy due to these multiple congenital anomalies [6,7]. In our case this child has grown up to the age of 0-9 years. He was having no other associated congenital anomaly and this is the main reason of his survival.

Urine usually passes through rectum in these patients. This is usually associated with vesicoureteral reflux and ante-posed anus. Many patients die in a few days after birth due to other associated congenital disorders.If the patients survive in initial months, genital reconstruction and separation of urinary system from rectum are the goals of management. In the past, transgender to female was more preferred approach, due to easiness of vaginoplasty as compared to phalloplasty. However efforts have been made to reconstruct phallus [10]. If the child is going to stay boy as his parents decide, phalloplasty has to be conducted at puberty time. Thanks to IVF advances, having a child will be possible for these patients. Overall, based on novel treatment measures, if the kidney failure is due to its obstruction, these patients will be born in more favorable conditions and future treatment measures will be directed to keep external genitals (male) through timely diagnosis and prenatal surgery and timely bladder drainage (fetal surgery).

In our case keeping our cultural tradition and barriers, transgender surgery may not be preffred choice of the patient and parents. In our case parents of child wanted to grow him as male. We have counselled the parents and child about our suggested management paln by separation of his urinary system from rectum by urinary diversion through permant vesicostomy, appendicovesicostomy or ileal conduit while closing the vesicorectal communication. We have also discussed about the phaloplasty at puberty and chances of having offsprings by assisted reproductive techniques. However when RFTs and general condition of patient improved, his parents left Hospital and did not turn up in follow up.

Aphallia has physical and psychosocial issues. Literature review revealed that if renal failure is due to its obstruction, and there are no associated congenital anomalies, patients may be born in more favorable conditions. Future management will be timely bladder drainage and definitive management at later stage.

We declare that the authors have obtained informed consent from the patient to report this case.

There is no conflict of interest.

The authors declares that this study has received no financial support. 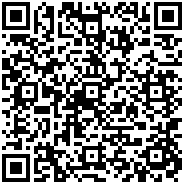