Management of urinary tract infection with evidence based ayurveda medicines in paediatrics: A case report

Urinary tract infections are a not unusualplace and doubtlessly extreme bacterial contamination of babyhood. UTI Commonly encounter with Escheria coli account for about 80% of community acquired. It is commonest pediatric contaminations that distresses the kid and issues the parents. It happens in 1% of baby boys and 3%-8% baby of girls populatios, but occurrence varies with age. E. coli the maximum popular etiological cause accompanied via way of means of Klebsiella spp. and Proteus spp. UTI comes under of Mutrakriccha term Difficulty in micturition along with symptoms like Peeta mutrata, (Yellow discolouration of urine) Sarakta mutrata (Hematuria) Sadaha mutrata, (Burning micturition) Saruja mutrata (Dysuria) and Muhur-muhur mutrata (Urgency and frequency) are common clinical features. All these symptoms resemble closely with UTI (Urinary Tract Infections) mainly urethritis and cystitis. In this case study a patient diagnosed with Mutrakriccha is treated with Ayurveda intervention including dietary restrictions and internal medications in an infant’s curing clinical features of Mutrakriccha and preventing recurrent relapse. The quality of life of child was also improved due to fast reduction of complaints with no relapse.

Urinary tract infection is one of the foremost usual microorganism infections which occur in children.

Among the infants which fever, so every febrile patient must ruled out UTI by check up routine and microscopic urine examination. In older children with urinary tract problems, between 6% and 8% have a urinary tract infection [1,2]. The medical history and test results may be non-specific, and urinalysis is needed to detect UTI. Urine sample assortment in youngsters is often puzzling. Due to the increase in antibiotic resistance, antibiotic treatment should be based on local guidelines. The duration of treatment and imaging indications are still controversial; there is no consensus in the guidelines. Mutrakrucha is well described in Ayurveda which can be easily correlated with UTI. Mutraghata and Mutrakricha are described separately by Acharya Sushruta in Uttartantra. Used for urinary tract infections. It is called dukhen or kruchenmutraravuti. In other words, urination is very painful. The occurrence of infection differs with age group and peaks in infants, young children, and older childrens. Urinary tract infections occur more frequently in uncircumcised male and female infants, [1] concentration of the cutaneous bacterial flora which lies in diaper in infantile age of life, short feminine urethral length and foreskin surface in uncircumcised males. In infancy, potty training can cause voluntary retention and stasis of the bladder, which promotes urinary tract infections [3]. As per Ayurveda, Sharir is made from doshas, dhatu and mala. This means that they help maintain the structural and functional integrity of the body. Among these Mala are specifically means for elimination of waste products out of the body also known as kledvahan. Due to the changes introduced in doshas, they in turn changed their margas or srotas, called mutravasrostodhti.In our classic text, dysuria is described as 8 types of Mutrakrichha, 13 types of Mutragat, and 4 types of Mutrashmari [4,5]. However, for anatomical reasons female lower urinary tract is more susceptible. Factors that are susceptible to recurrence of UTI include females, younger than 6 months, Urinary tract disease, severe vesicoureteral reflux, constipation, poor sanitation and environmental conditions, or repeated catheterization. Illiteracy and low socioeconomic conditions also increase the prevalence of urinary tract infections. UTI most likely occurs in 1% of boys and 13% of girls [6]. UTI is major causes of gram-negative sepsis. Urinary tract infection is the second most common disease after upper respiratory tract infection [7]. Incidence and degree of morbidity and mortality from infections are greater with those in the urinary tract than with those of the upper respiratory tract. Bacteria, fungi, yeasts and viruses can all cause urinary tract infections, which is more commonly found with ease. Therefore, UTI is a potentially serious disease that you don’t know about that this may lead to development of serious chronic pyelonephritis and chronic renal failure. With the introduction of effective antibiotics, the problem has been solved to a certain extent, but the use of in addition; antibiotics have limitations, such as side effects, the possibility of reinfection and recurrence even after long-term treatment. Simultaneous increase in resistance and high treatment costs are common problems.

A 6 years male patient came to our OPD with complaints of burning sensation, urgency and pain during micturation, for last 5 days and repeated urge of urine from last 2 days. Associate with fever (101.5ᵒF), Lack of appetite, bodyache from last 2 weeks.

History of present illness: Patient was apparently healthy before 5 days gradually he started the above complaints. For the above complaints he took allopathic medications for 2 days, but he didn’t get any relief. So the patient came to our hospital for advance investigations and its management.

History of past illness: Not significant

There was no H/O of NICU Stay.

• Micturition-burning sensation and pain during micturartion with repeated urge of urine.

• Avgaha sweda-external procedure avgaha is given with cold water and cold pack is kept on lower abdomen,

• Decrease in the pus cell count in urine examination.

Due to Nidanasevana, the doshas collapsed by self or collectively and settled in Basti, from mutramarga to paripida. The prakupit doshas alongside kingdom of agnimandya (manda Agni) continuously produce Aama. Aama gets mixed with the prakrut Doshas which forms saamadosha. Such saamadosha reveals signs and indications consisting of peetamutrata (yellowish urine), sadaha mutra pravrutti (burning micturition), basti & mutrendriya gurutwa (inflammation of bladder), shweta, snigdha and picchilamutra (turbid urination which contains leucocytes). In the existing case ayurvedic preparations referred to especially for urinary tract infections had been used to interrupt the pathology of infection.

In described case presentation ayurvedic preparations referred to particularly for Urinary track infecions was used for interruption down the pathogenesis of illness [8]. The present case examine discovered the efficacy of Ayurveda remedy together with nutritional regulations and inner medicinal drugs in curing scientific functions of Mutrakriccha and stopping recurrent relapse. The quality of life of child was also improved due to fast reduction of complaints (Table 3).

Table 3. Mode of action of formulations used for treatment.

Therefore, the conclusion of this study is that the holistic approach of ayurvedic medicine can provide relief to the patient of Mutrakriccha. There were no adverse effects found during the ayurvedic medication. Meanwhile the management of the urinary tract infection with the ayurvedic drugs shows better symptomatic improvements with lesser side effect over the allopathic drugs. So ayurveda contribute better possibility in the management of urinary tract infection with slighter side effect or without any consequence. The ayurveda treatment protocol with samshamani vati gokshuradi guggulu, sheetprabhba vati, alka five syrup is powerful with inside the control of Mutrakriccha. But then again as its miles a particular case study, similarly research in greater wide variety of instances is wanted for a specific assumption. 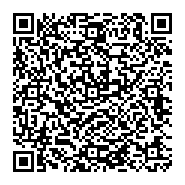