Nutcracker Syndrome Presenting as a Varicocele: A Case Report

Nutcracker Syndrome (NCS), is an uncommon diagnosis in paediatrics. It is caused when the Left Renal Vein (LRV) is compressed between the abdominal aorta and the Superior Mesenteric Artery (SMA). We describe a case of Nutcracker Syndrome (NCS) in a 16-year-old male who presented with a history of intermittent macroscopic hematuria, suprapubic pain and a scrotal mass. His physical exam was remarkable for a right sided, non-tender cyst and a left varicocele. The patient underwent imaging studies, whose findings were consistent with Nutcracker syndrome. This is an unusual presentation of an underreported/ uncommon pediatric syndrome and highlights the need for investigation with appropriate imaging and for the inclusion of nutcracker syndrome in the differential diagnosis.

NCS is a condition that is uncommon in Pediatrics, and is caused when the Left Renal Vein (LRV) is compressed between the abdominal aorta and the Superior Mesenteric Artery (SMA) and there are associated symptoms [1,2]. There are only a few reported cases of varicocele associated Nutcracker Syndrome, yet varicocele occurs in 15%-20% of adolescent males aged 14-18 years suggesting that this syndrome may be under diagnosed [3].

A 16 y/o male, with a BMI of 23.1, and no past medical history, presented to the ER with mild suprapubic pain and intermittent episodes of macroscopic hematuria for 1 week. He has an associated 2-month history of painless right-sided scrotal mass. He denied: fever, back pain, dysuria, urinary frequency, penile discharge, history of sexual intercourse, weight loss or gain.

On clinical exam, he was found to have left scrotal fullness and right-sided, cystic scrotal mass. His labs: CBC, CMP, and UA were within normal limits, no signs of infection, and no evidence of blood in the urine at the time of ER visit. The differential diagnoses with presenting symptoms of gross hematuria, suprapubic pain and non-tender scrotal mass is broad and can include; possible tortion, benign varicocele, orchitis, UTI, epididymitis, renal stones, renal vein thrombosis, and testicular neoplasm.

A doppler Ultrasound (US) (Figs 1 and 2) of the scrotum showed left varicocele with normal arterial and venous outflow, (increased in size with Valsalva). The US also showed the right testis with a epididymal cyst and adequate flow in both testes, with no concern for torsion. Figure 1: Scrotal US (left) with Valsalva indicating varicocele without torsion Figure 2: Scrotal US (left) without Valsalva indicating varicocele without torsion

A contrast Computerized Tomography (CT) of abdomen/pelvis was done which showed a compression of the LRV between the SMA and the aorta, appearing as a narrow angle or the “beak” sign [4-7]. The proximal LRV was dilated after the point of compression. (Fig 3) On the sagittal view, the angle between the SMA and the aorta is narrowed to approximately 18 degrees, consistent with the diagnosis of NCS (Fig 4) [6,7]. Due to the patient’s age, his average BMI, his symptoms, exam findings and imaging results, follow up with a urologist and vascular surgeon within the next few months was advised if the symptoms persisted. Pt has not returned to the ER since time of reporting. Figure 3: Compression of the LRV, with widening after the area of compression between the aorta and the SMA Figure 4: Sagittal view showing the angle between the SMA of the aorta is measured at approximately 18 degrees

The compression of the LRV by the aorta and the SMA with associated symptoms was first described in 1950 by El Sadr and Mina [8] and then later termed “Nutcracker syndrome” by Schepper in 1972 [9]. Radiologic findings of LRV compression without clinical signs and symptoms is called nutcracker phenomenon [10].

Nutcracker syndrome primarily results from the compression of the LRV between the abdominal aorta and the SMA. This compression results in LRV venous congestion leading to signs and symptoms such as: Hematuria, abdominal pain, pelvic congestion, proteinuria, hypertension and varicocele [10]. These symptoms can worsen with activities that increase in blood flow (such as exercise) and in people with low BMI [11, 12]. NCS commonly appears in adults in their second and third decade, but can occur at any time [11].

The clinical significance of NCS in patients presenting with a varicocele, is that conservative treatment and/or ligation of the left spermatic vein does not appear to be a long-term solution as the varicocele and the pain are likely to recur. The symptoms after recurrence are sometimes worse than prior to the procedure because they no longer have the spermatic vein [13,14]. This findings makes pediatric treatment, more challenging [13]. Diagnosing NCS is difficult because of vague, non-specific presenting symptoms, and the lack of diagnostic criteria. Imaging modalities are critical in defining the anatomic abnormality central to NCS. The most commonly employed imaging modalities are: doppler US, abdominal-pelvic CT, MRI, retrograde venography and intravascular US [8,15]. In patients who present with varicocele on physical exam, scrotal doppler US can be used as a first step to help rule out torsion and identify a varicocele (one of the first signs of nutcracker syndrome) [8]. The presence of a varicocele suggests that further imaging is warranted. If there is a clinical suspicion for NCS, a screening abdominal US can also be performed. The most reliable methods to image the left renal vein leading to the diagnosis of NCS, are contrast CT and/or MRI. When reviewing imaging studies: there is no consensus of the aortomesenteric angle needed to define NCS. The angle has been reported in a range from 35 to 41 degrees [6,7]. CT and MRI also show the findings of a “beak” appearance, which widens after the entrapment [4-7] as was seen in our case.

Treatment of NCS can range from observation and weight gain, to nephrectomy depending on the symptom severity [2]. Due to the lack of controlled studies in children and adolescents, there is no consensus on optimal treatment; but conservative treatment is the usual approach for children under 18 [2]. If the symptoms continue for over 1-2 years, then an invasive intervention can be considered. Weight gain to increase fat and fibrous tissue at the origin of the SMA has been proven to spontaneously resolve the symptoms [12,16]. Avoidance of sports, specifically cycling, can help with the hematuria [10]. In comparison to adults, after 6 months of prolonged symptoms, surgery can be considered [6,15].

If observation or conservative management fails, there are no specific guidelines on what is the most effective surgical procedure. There many options which include: Endovascular stenting, nephrectomy, reno-caval implantation, transposition of the LRV and or SMA [8,12]. For adolescent patients under 18 with varicocele, these treatment options are invasive and not well studied. The most common procedure for varicocele is a left spermatic vein ligation, but in pediatric patients with associated NCS, this treatment is not suitable as a varicocele is likely to recur [13,14]. There is ongoing research into new procedures including anastomosis of the spermatic vein to the saphenous vein or to the inferior epigastric vein, but nothing concrete yet [10,12].

NCS with its wide array of presenting symptoms, is a rare cause of varicocele in children. A high index of suspicion, a broad differential, and appropriate imagine modalities are needed for prompt diagnosis. In pediatric patients, a conservative approach (i.e. observation) should be the initial approach, with escalation to surgical interventions on a case by case basis in children with persistent symptoms. Varicoceles are seen in 15%-20% of males 14-18 y, therefore it is recommended that they are screened for NCS. If symptomatic: MRI/CT while in the ED. If the patient is asymptomatic: MRI as outpatient and follow up with urology/vascular surgery. The importance of screening is that varicoceles may re-occur after surgical repair if there is underlying NCS. 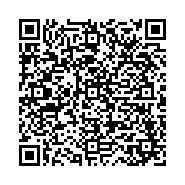