Child’s proximal ureteral atresia with cross fused ectopia, which is an extremely rare congenital disorder is studied and reviewed. A 9 year old boy case of proximal ureteral atresia has been studied and presented in this article. The discussion of this case report includes the development of ureter and also the ducts, by concluding the advantages and disadvantages of using appendix as a substitute for ureter.

Ureteral atresia is an extremely rare congenital anomaly associated with dysplastic kidney [1]. The association of ureteral atresia with other urinary anomalies is rare [2]. The atresia may be unilateral or bilateral, short or long. Any part of the ureter can be involved, the distal one being commonly affected [2,3]. Proximal ureteral atresia is even rarer.

A nine months old boy presented with massive lump in lower abdomen since birth. On clinical examination the lump was 10 × 10 cm spanning over umbilical, hypogastric and both iliac quadrants of the abdomen (Fig 1). Renal chemistry was normal. On ultrasonography, right kidney was malrotated, left renal fossa was empty with an 8 × 8 × 10 cm transversely placed cystic mass in the midline and to right abutting the lower pole of right kidney. Voiding cystourethrogram showed no vesicoureteral reflux. On CT-IVP, the USG findings were confirmed (Fig 2). Right kidney showed normal excretion with visualization of right ureter. Left kidney was fused to lower pole of right kidney with gross hydronephrosis and no excretion in the left ureter. Radionuclide scan showed adequate uptake and normal excretion in the right kidney. Left kidney showed poor uptake with a flat renogram. With a provisional diagnosis of left cross fused ectopia with massive hydronephrosis, patient was posted for cystoscopy with left ascending ureterogram followed by left reduction pyeloplasty sos nephrectomy. On cystoscopy, right ureteric orifice was normal. Left ureteric orifice could be cannulated up to 2 cm only. The cannula was left in situ. At laparotomy by infraumbilical transverse incision, the right kidney was orthotopic and malrotated with normal parenchyma, with a non-dilated anterior facing pelvis with normal ureter. The left kidney was cross fused and transversely placed (L shaped) with gross hydronephrosis and paper-thin parenchyma (Fig 3). The ureter could not be found. On tracing the cannula in the distal left ureter, it was found to be blind ending, suggestive of proximal ureteral atresia (Fig 4). Both kidneys had a commonly shared and aberrant vascular supply. Because of this, a nephrectomy was not possible even though the kidney was grossly dilated and nonfunctional. The distal ureter was very narrow for anastomosis. A decision was taken to use a ureteral substitute. The left renal pelvis was reduced. The appendix was mobilized with its vascular pedicle and used as a neoureter between the renal pelvis and bladder (Fig 5) over a double J-stent. The post- operative period was uneventful. DJ stent was removed after 6 weeks. On follow up, patient was asymptomatic with no palpable lump and decrease in dilatation of pelvicalyceal system on USG. Radionuclide scan done after 6 months showed similar findings. Figure 5: A) Reduction pyeloplasty; B) Appendix as neoureter; C) Bladder.

The ureter develops from a ureteric bud that grows from the caudal end of the mesonephric duct (Wolffian duct) into the metanephric mesoderm (renal blastema). Ureteric bud originates after 28 days of development. Cephalad growth and contact of ureteric bud to metanephric mesoderm induces development of entire renal collecting system. Part of mesonephric duct from future bladder to ureteric bud origin is absorbed into the bladder thus making ureteric connection with the future bladder. The ureter, renal pelvis, calyces and collecting duct of each kidney originate from the ureteric bud.

Failure of development of ureteric bud results in ureteral atresia alongwith renal agenesis/dysplastic kidney. It is postulated that ureteral atresia is caused by an ischemic injury occurring during the elongation of the ureteral bud or during the migration of the developing kidney with changing distribution of regional blood supply to the ureter [1]. The atresia could be caused by a failure of canalization of a segment of ureter during the elongation of the ureteric bud. Canalization starts from the midportion and extends cranially and caudally after the 40th day.

On review of literature, only 14 cases of ureteral atresia have been reported so far with only 3 cases of proximal atresia [1,4].

Unilateral ureteral atresia if asymptomatic might go unnoticed throughout life with normal renal parameters. Retrograde or antegrade pyelography can be considered for diagnosis of atresia when it is suspected [1].

Hedden, et al. and Zundel, et al. have reported cases where children with ureteral atresia presented with urinoma at birth and early surgical intervention helped in preservation of renal function [6,7]. It was postulated that decompression secondary to rupture helped the growing kidney to escape dysplasia. Though ureteral atresia is associated with non-functioning kidney, regaining of function has been observed after establishing ureteral continuity and unobstructed drainage. This can be achieved by multiple ways depending upon the length and caliber of native ureter available and the distance between the pelvis and bladder such as pyeloplasty, ureteric reimplantation, ileal conduit, psoas hitch [6-8].

Ureteral substitution can be considered depending on the anatomy. Melnikoff first used appendix as a ureteral substitute in 1912. Since then appendix has been used as ureteral substitutes for various causes-traumatic ureter injury, retroperitoneal tumors, ureteral atresia, transitional cell carcinoma of ureter, long ureteric strictures [9,10]. The length of the appendix and its vascular pedicle is important for a tension free anastomosis to bridge the ureteric deficit. In this case, the left kidney being ectopic and cross fused and its pelvis being close to the bladder, the appendix could successfully bridge the gap from the renal pelvis to the bladder.

Ureteral atresia is a rare congenital anomaly which requires a high level of suspicion and prompt treatment for preservation of renal function. The advantages of using appendix as a ureteral substitute are a similar caliber as the ureter, presence of peristalsis and less electrolyte imbalance. When the caliber of ureter and appendix do not match, caecal cuff can be used alongwith appendix. The disadvantages are stenosis, risk of fistula and anastomotic leak. 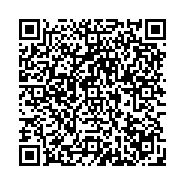