Exstrophy-epispadias complex encompasses a spectrum of pathologies ranging from isolated epispadias to classical bladder exstrophy to cloacal exstrophy as the most severe and the rarest variant, are quite uncommon and constitute about 8% of all the cases. The treating surgeon should be aware of all the variants, their diagnosis and modalities of treatment for the same. We present two such unique variants and successful surgical management of the same.

The Exstrophy-epispadias Complex (EEC) is a group of rare congenital anomalies with a spectrum of genitourinary, musculoskeletal and gastrointestinal abnormalities. Classic bladder exstrophy is the most common form of EEC with an incidence of 2.2 per 100000 live births. Lowentritt et al., reported a classification scheme for variants of EEC and reported 25 variants including superior vesical fissure, covered exstrophy, pseudoexstrophy, inferior vesical fissure, duplicate exstrophy and variants of cloacal exstrophy.1 Here we report 2 rare variants of EEC including superior vesical fissure and covered exstrophy bladder, their clinical presentations, the diagnostic challenges and the management strategies of these unique cases.

A 1.5 years old female was admitted with dribbling of urine from the abdominal site and a history of passing urine per urethra. On examination there was abdominal swelling which bulged on straining with single opening in the midline with dribbling of urine. On examination under anaesthesia, an Infant Feeding Tube (IFT) no. 5 could be inserted through the urethral opening which reached the inferior opening of the expansile swelling. Local examination revealed a poorly formed urethral opening, a separate vaginal opening, poorly formed labia majora without pubic diastasis. A diagnosis of superior vesical fissure was made. Micturating Cystourethrogram (MCU) revealed right grade 2 Vesico-Ureteric Reflux (VUR). Patient underwent a formal bladder exstrophy repair with bladder and abdominal wall defect closure in two layers. Per urethral foley’s catheter was kept for 14 days and abdominal drain was kept for a week. Post- operative course was uneventful (Fig 1a-1d) and the patient had a normal urinary continence.

A 1 year-old female was admitted with complaints of continuous dribbling of urine through perineal opening since birth and intermittent bulge in the lower abdomen on crying/straining. Examination revealed a presence of an expansile defect anteriorly which bulged on straining. Patient had a single anterior opening and an anteposed anus.

MRI pelvis was suggestive of pubic diastasis of 5.4 cm and a suprapubic defect of 7.5 × 5 cm covered only by skin containing urinary bladder and a few small bowel loops with two vesical calculi measuring 8 × 5 mm each. Patient also underwent CT-Urography which was essentially normal.

Cystogenitoscopy was done which showed anterior single opening with common length of 1.5 cm. Vagina was roomy and bifid with cervical impression. Cystogenitogram revealed two structures-bladder and vagina without VUR. Intra-operative findings revealed a covered bladder exstrophy with divarication of recti and pubic diastasis. Patient underwent a formal exstrophy repair with pubic ramotomy and vesical calculus removal at the age of 2 years. Bifid vagina and urethra separated and neourethra created over an IFT. Abdominal drain was kept for 15 days and per urethral IFT for 20 days. Postoperative course was uneventful but patient remained incontinent (Fig 2a-2d).

Bladder exstrophy-epispadias complex is a spectrum of rare genitourinary abnormalities with musculoskeletal defects and sometimes gastrointestinal abnormalities. The most compelling argument for classification of variant presentation is the fact that treatment of the various entities differs dramatically. Hence any technical error in the initial diagnosis can lead to deleterious impact on the patient in the long term. 25 distinct variants of exstrophy-bladder and cloacal exstrophy complex are recognized [1].

Superior vesical fissure consists of a sub-umbilical defect communicating with an intact bladder superiorly along with the musculoskeletal aspects of exstrophy and without epispadias [2] Superior vesical fistula term is used when the communication and the defect are small. This is the most commonly reported variant of the EEC. Patients have an intact internal sphincter and hence the continence is maintained. Repair usually includes resection of the exstrophied mucosa and primary closure of the bladder. Osteotomies are not required as diastasis is not wide. Superior vesical fissure has been associated with other anomalies, including imperforate anus, urethral atresia, duplicated collecting systems and urethral duplication [1,2] Our case had a similar presentation, the fissure was excised, the bladder was closed and abdominal wall closure was achieved. The patient had a normal urinary continence post operatively.

Covered exstrophy also known as ‘split symphysis variant’ have classic exstrophy with all of the accompanying defects but with a bladder that is covered only by a thin translucent membrane of skin without muscle or fascial layer [3,4] This was first described by MacKenzie. Additionally, these patients can present with a piece of sequestered bowel located above the genitals with no communication with the normal genitourinary or intestinal tracts. Treatment includes formal exstrophy closure at birth. The sequestered piece of bowel may be used in later bladder augmentation [5,6] In our case the bladder was closed formally along with pelvic osteotomies and vesical calculus removal. Post-operatively the patient had urinary incontinence.

The epispadias-bladder exstrophy complex has a wide range of presentations. Variants are rare but it is important to recognize the different appearances at birth, since the initial treatment will greatly influence the longterm outcome. Superior vesical fissure and skin covered bladder exstrophy have a better outcome because the sphincter is intact. Hence appropriate treatment of these genitourinary malformations can significantly impact and improve the quality of life.

Conflicts of Interest: None.

Consent: Patient confidentiality has been maintained and written consent has been obtained from the patient’s parents for thepublication of patient information and clinicalpictures and can be provided as required

ORCID iD of the author (s) 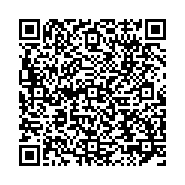